A downloadable game for Windows, macOS, Linux, and Android

Copters will grow and die. They are going to spawn two spores after their death.

Each enemy you destroy (Infants, Berserkers) will spawn a Spore and the Copter two Spores. If a Spore touches an Egg, becomes an Infant and breaks the Egg.

If you shoot a Spore it will become a your Spore and you can drag it to yourself by shooting it, if you touch your Spores they become your Eggs.

If two Spores collides then they become an Egg.

If the you shoot an Egg of yours then those Eggs shoot too.

Copters destroy Eggs. They break their Eggs and yours without dieing. They keep a direction and speed and bounce.

If you touch the edges you are starting to convert to an enemy. You must move out of the edges before one second passes.

Two game modes. The arcade mode where if the level score goes below the death score you lose the game and the Free Mode where you can select the starting level and you never get a game over.

WASD and ARROW KEYS for movement

Mouse to point and shoot.

This game is currently unavailable 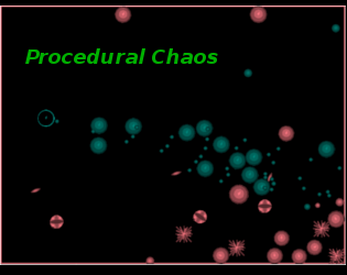